Beyond Distilling Company based in Charleston, South Carolina specializes in craft spirits such as bourbon, rum and gin including coconut and other tropical flavors. A new distillery possessing a social and environmental conscious vision aims to provide fulfilling employment adults with disabilities.

Beyond Distilling is the result of Tyler, Ryan and Kerianne’s idea of creating a company where they could allow themselves to make products that they wanted to drink in a space that enables all people to do work they could be proud of. However our story begins a few years before this when these three individuals were working in completely different industries.

Kerianne Krause has been working with adults with disabilities for the better part of the last decade opening her own company applied behavior analytics company “BIT” which is short for Building Independence Together. She is a Board Certified Behavior Analyst who has been serving the Charleston community since graduating from college in 2013, around the same time she met Tyler.

Tyler LaCorata was working in the culinary field back then and had worked his way through restaurants in Charleston where he spent his teenage years and went back to his home state of New York, spending time at the Omega institute in Rhinebeck and earned himself a position as a private chef in the governor’s mansion in Albany. It was here that he was invited on a tour of NY’s first whiskey distillery to operate since prohibition.

He became enamored with the world of craft spirits and immediately began knocking down the door for the opportunity that led him through some of the best distilleries and breweries that New York had to offer.

A few years had gone by and LaCorata had established himself as a talented distiller which helped him secure his first head distiller position on Long Island.

Shortly after Tyler was introduced to Ryan Sadis who had also been working and living on the east end of Long Island by a mutual friend. Ryan who had a background in the New York music scene had been working as an electrician in The Hampton’s of Long Island and it didn’t take much convincing for him to hang up his tool belt and begin a career alongside LaCorata. They quickly became friends and even roommates as Tyler began teaching him all he could about the spirits industry and how to distill starting with his favorite spirit, gin. After a few short months there were dozens of experimental spirits and unbeknownst to them they began laying the groundwork for something much bigger.

After working for a handful of other distilleries around the Hudson Valley, Long Island and Westchester New York they realized they needed an opportunity to craft the spirits that they enjoyed and wanted to share with the world. So quietly they plugged away at their 9-5 jobs while working tirelessly to create an experience that they felt spoke more their individual interests.

It wasn’t until Kerianne approached Tyler and Ryan in early 2018 to explore the possibility of an inclusive work force that would employ adults with developmental disabilities to work in the alcohol industry. It was something close to all three of them. As they discussed the topic of serving alcohol to people with disabilities, the misconceptions around it came up. They decided they wanted to create a space where not only anyone could work but also relax and enjoy a drink. It was a match made in heaven from that point on. They lent on each other to learn more about the different industries they came from with Kerianne learning about alcohol and teaching the two distillers about working with adults with disabilities. She even employed Ryan at her company BIT when he first made the move down to Charleston where he worked and studied to become a Registered Behavior Technician.

They collaborated with friends to develop a brand that they felt conveyed the message of their business. Jeff Ramirez at The Up Studio in Brooklyn, NY developed the open-door logo and color scheme with their mission and architecture of Charleston in mind.

With a clear brand identity in place the last (but most important thing!) was creating the spirits themselves. As mentioned earlier Ryan and Tyler had developed a catalogue over the years of experiments that they were eager to share with the world and dozens of recipes ready for production. It was at this time when they were approached by Anthony Lanza, the owner of a distillery where Tyler and Ryan had recently worked. Anthony is no stranger to working with great and charitable causes, he has been involved with philanthropic work around his community for over the last twenty years. After hearing about Beyond Distilling’s mission Anthony loved the idea and wanted to be involved.

Beyond set up shop in North Charleston on Rich Street in late 2020 and quickly filled the space with 300 barrels of whiskey they had produced in NY. They designed the place to suit their production needs and provide a unique space to experience and enjoy their products. The plan is to offer something a little different than just a typical distillery tour and tasting. By growing a variety of botanicals in their garden they aim to offer distilling and mixology classes to bring consumers even closer and pull back the curtain on how spirits are produced. They are open to the public by scheduling a tour and tasting on their website or by phone Monday through Friday during business hours. 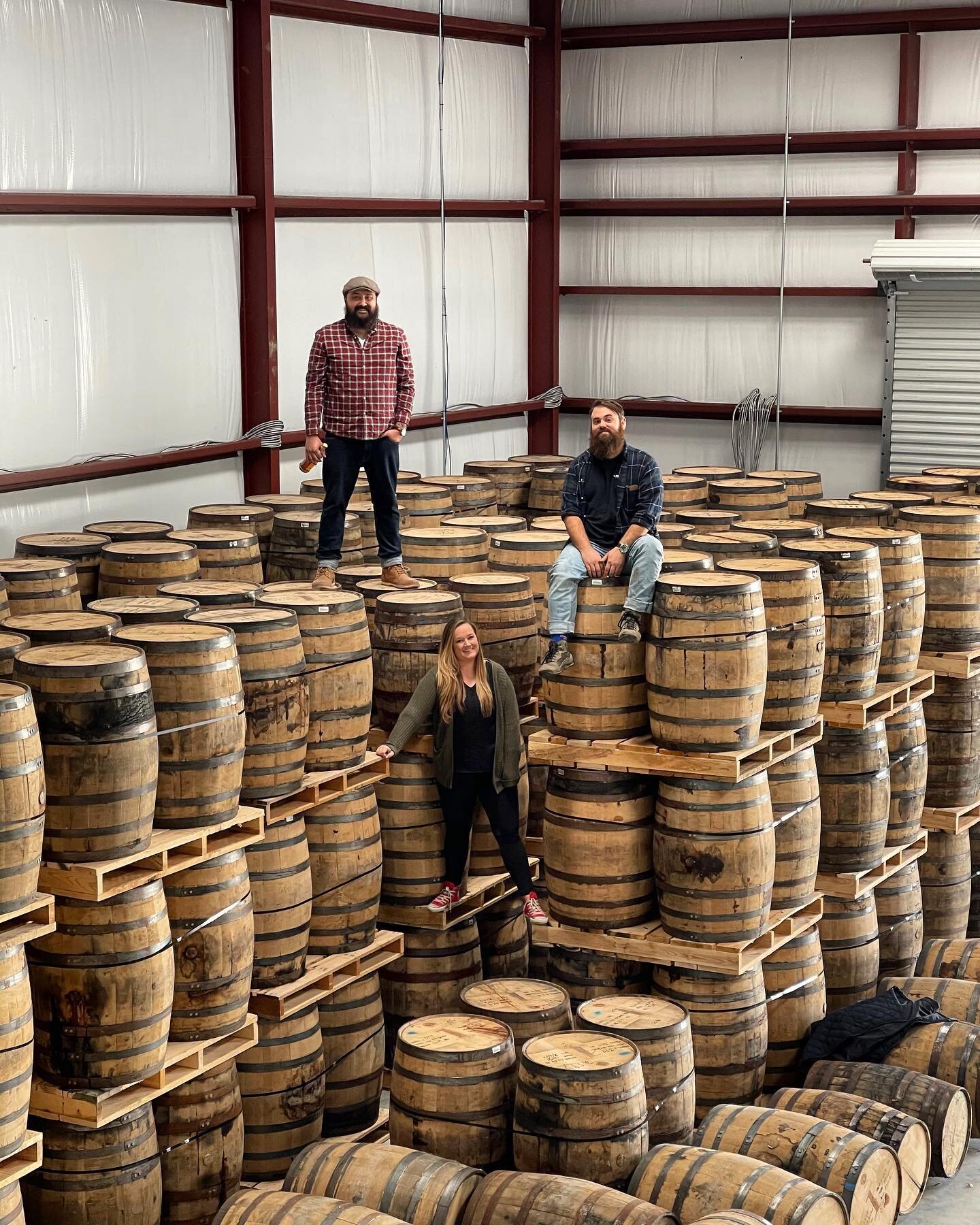 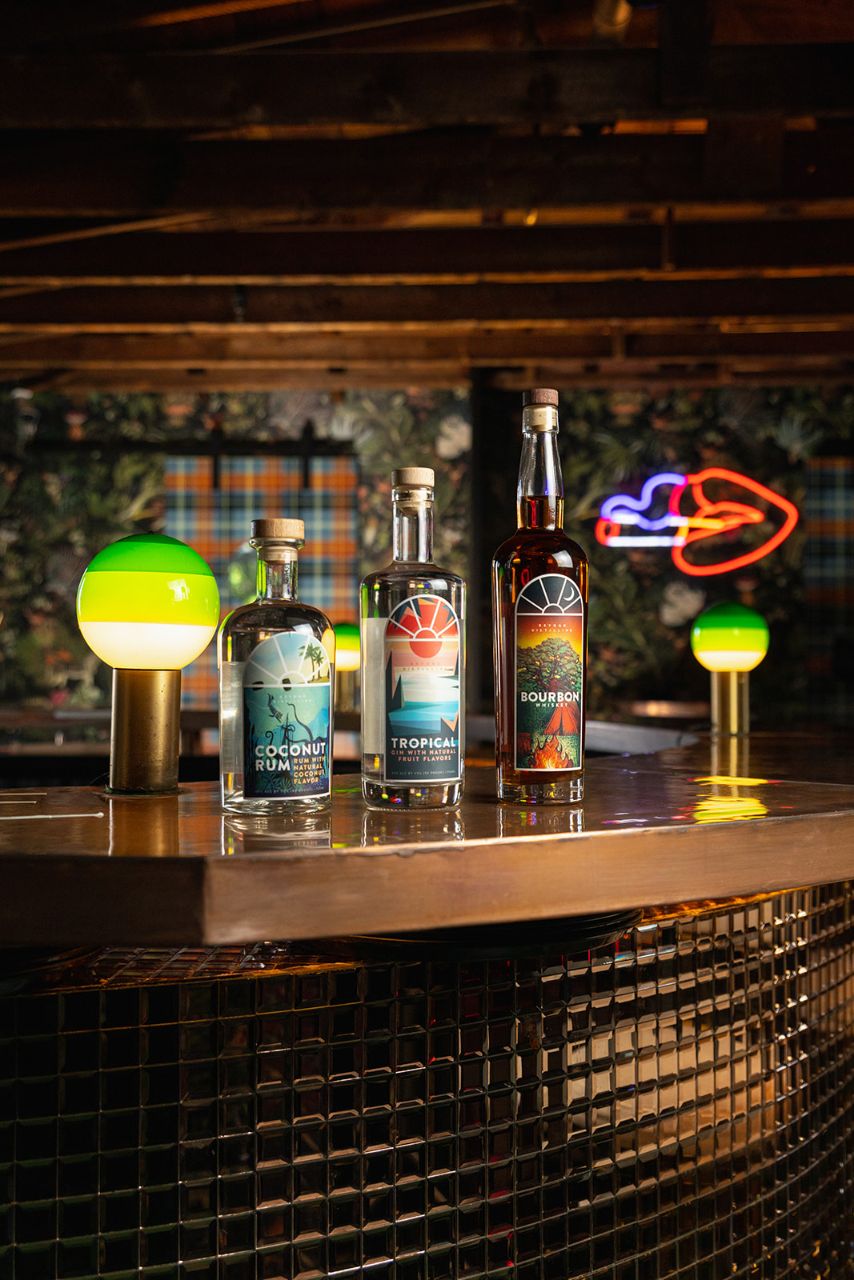 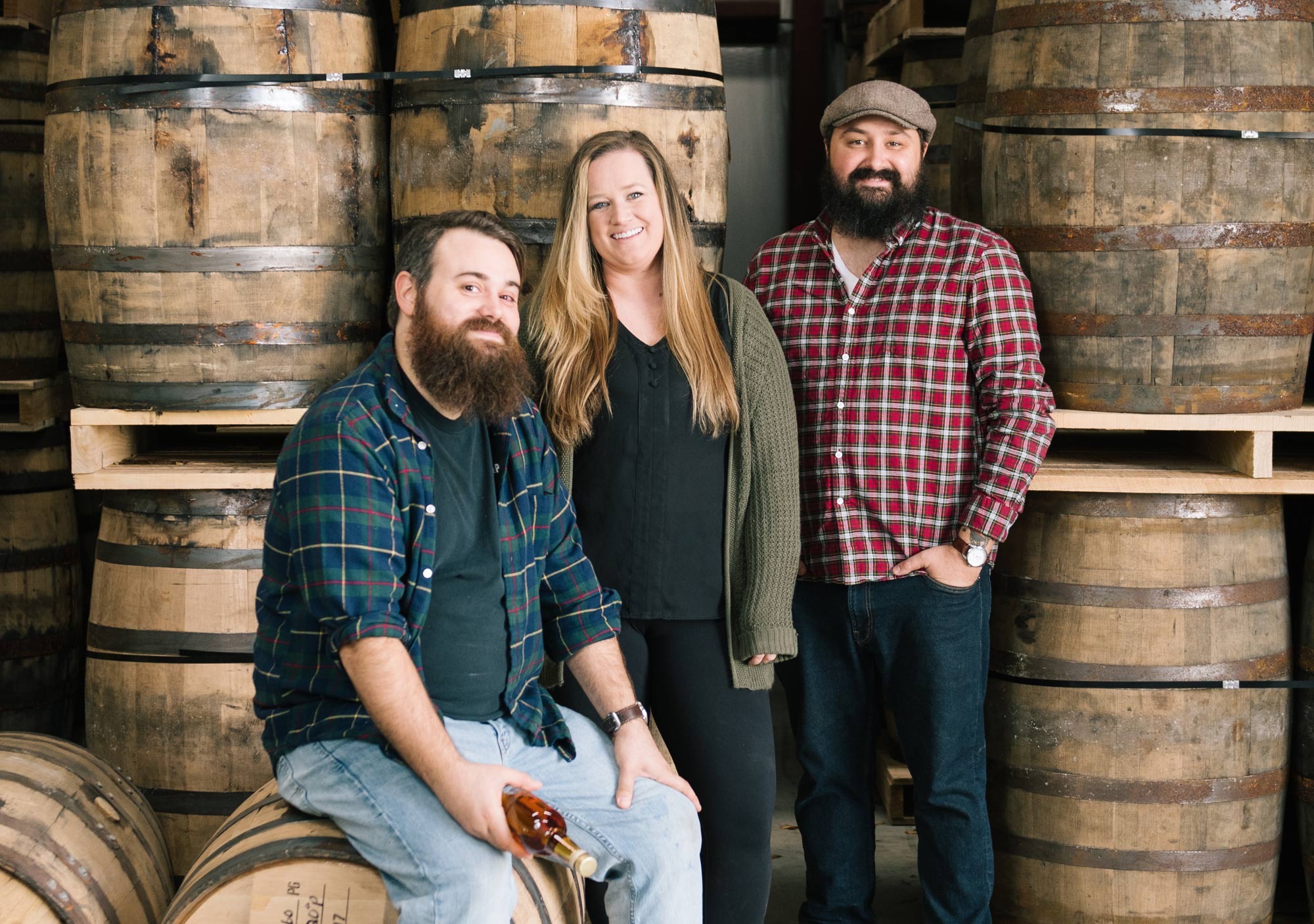 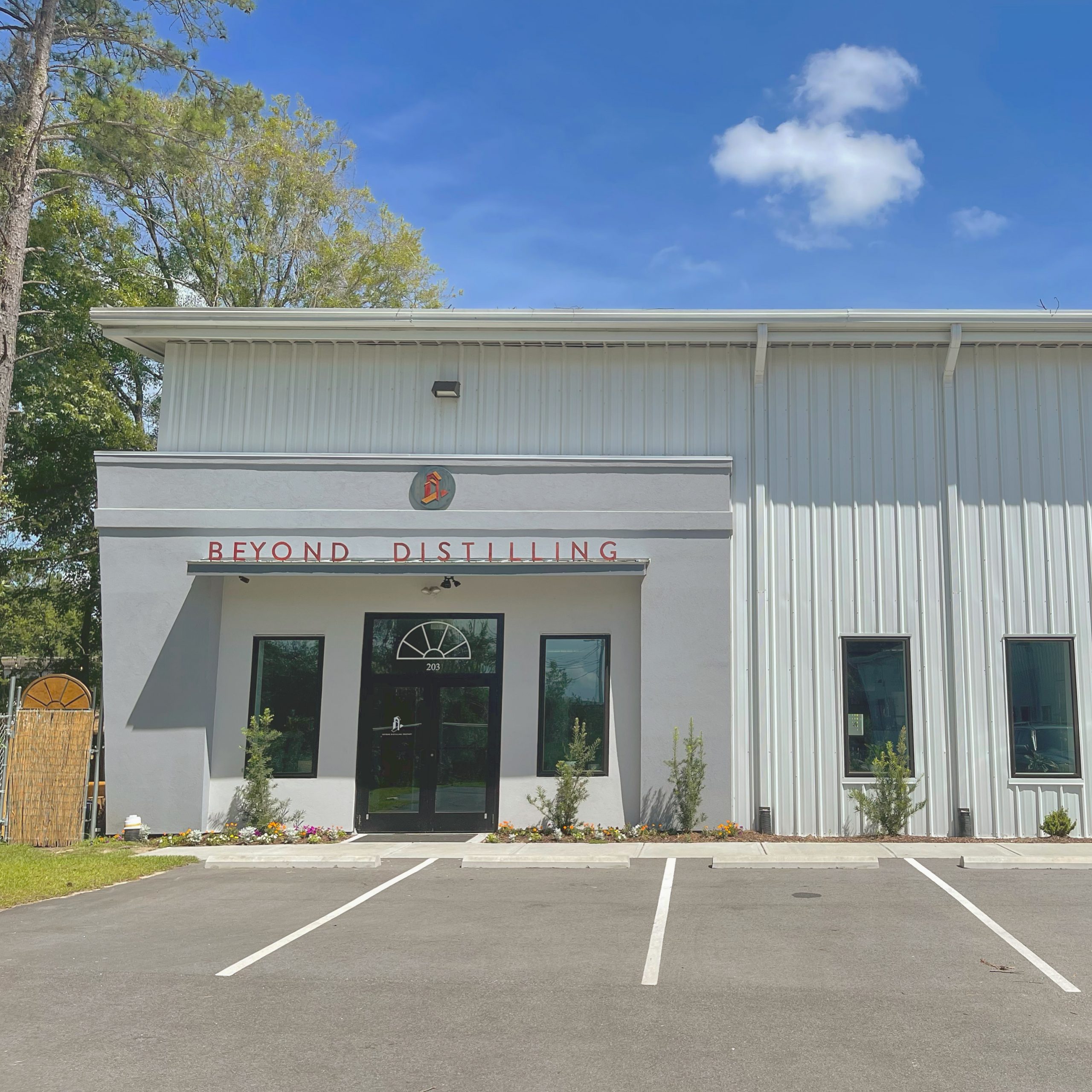